The passion and energy of two of the worlds biggest bands of all time captured LIVE on one stage. 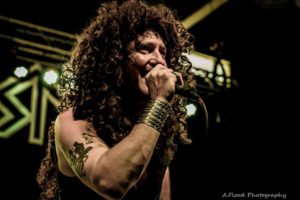 Robert once told me although singing rock to his full potential is all he ever wanted to do….yet he also states that he has never aspired to be a star or global personality.

He just wants the people at the time who are there to hear him perform… to listen closely and really feel what he is putting forth. 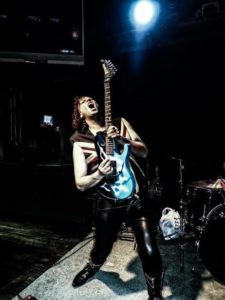 RobinLead Guitar/Vocals
Robin has been playing the Canadian music circuit for over 20 years in many successful road bands across Canada.

Influenced by the music of Van Halen, Whitesnake, Journey, and Bon Jovi to mention a few. It makes perfect sense that his latest endeavour of a Journey/ Bon Jovi tribute show will be taking you back to the time when these acts were the top of the charts.

Robin is a very energetic, talented and visually entertaining musician. He emulates all of the solos and playing styles of the artists he covers with dedication and precision. 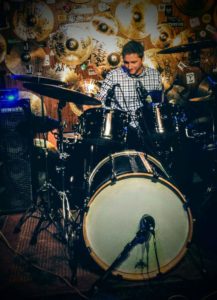 DwightDrummer
Dwight, flies a kite in the light on a Saturday night and fights with all of his might but is not too bright because he lost his kite in plain sight bite right tight height polite quite slight…

This supple Scorpio has been lucky enough to have been entertaining people for 20 years. Here are some notes on him:
• thinks bullet points are great
• is amazed that you are still reading this far
• likes romantic walks on the beach
• is struggling to be better at math

That all being said, Dwight really has a blast playing drums for everyone and hopes to see you all have a fun, enjoyable time! 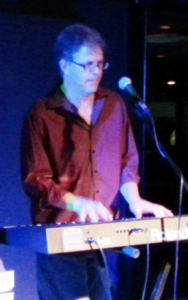 BlairKeyboard/Vocals
Blair started playing piano at the age of four and studied classical music until high school. Growing up in the 80’s, Journey and Bon Jovi were some of the first artist’s that Blair covered in club bands touring across Western Canada. Blair was a member of Nick Danger, a popular full-time touring band until the early 90’s. Blair brings over 25 years of professional musical experience to the project.

This is JERSEY BOULEVARD. Calgary’s multi tribute band that brings the excitement of Bon Jovi and Journey’s original live show to life. These bands still captivate audiences the world over and now you can bring them together at your venue or event.

From the deep soulful melodies and guitar fireworks of Journey to the classic sing-along area rock anthems of Bon Jovi, JERSEY BOULEVARD conjures the sights, sounds and energy of these legendary bands at the peak of their careers.

If you never had a chance to see Bon Jovi or Journey then experiencing JERSEY BOULEVARD is a must! If you’re an experienced rocker then this is a trip back in time you’ll want to take.

The clothes, the moves, THE HAIR!

JERSEY BOULEVARD is the hottest classic rock tribute show that plays the hits from the past by the bands that still rule the charts today.

Jump in the Trans Am, turn up the radio, and drive down to JERSEY BOULEVARD.